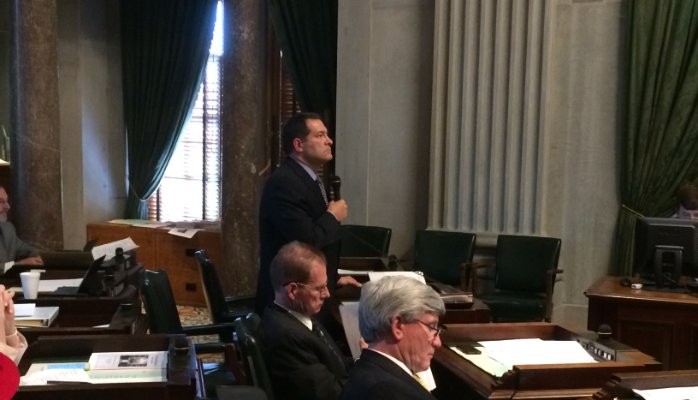 With the passage of SB 1561 this morning, Tennessee can become the first state to modify the definition of a driver to include an intelligent control system.

Let that sink in for a second…

The computer brains that make the Self Driving Car function autonomously, can legally control the vehicle.  In newer cars, the technology appears in the form of “driver assist” technology.   Software keeps you in your lane, manages distances between vehicles at cruise speeds, applies braking power in dire circumstances, parks your Tesla without you… it even wakes your Tesla from its slumber so that your car pulls up in front of you as if a valet is at the wheel (but nobody is there).

Such is an amazing foundation of intelligent control systems is already available.

The next step is for State Representative Mike Carter to bring a companion bill, HB 1564 to the floor.   A reconciliation process follows that vote, then assuming Governor Bill Haslam signs it, we find ways to leverage this event for Tennessee.

Without writing complex regulations that apply to a technology clearly moving faster than society is prepared to admit and without giving one manufacturer an unfair advantage or creating new barriers to competition with safety rules and design constraints – Tennessee recognized and enabled auto industry creativity.

Nashville and other cities in Tennessee should start developing strategies to create testing and development friendly incentive zones in their core.  Big cities and little cities each have something to offer in creating an environment where industry can test, deploy and develop self driving transportation.
​
Congratulations Senator Mark Green and soon, Representative Mike Carter. 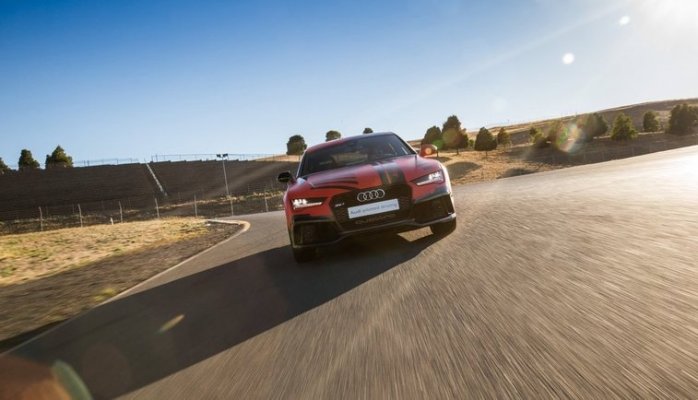 Meet Robby, the “piloted” autonomous Audi I was a big fan of David Letterman’s “TOP TEN” list.  His countdown to “…the number one reason why…” was my highlight of late night.  With far less cynical undertones, here is another “Top 10” list that brings a big smile — and evidence that Tennessee is thinking in the right terms about transportation solutions.

It’s the Top 10 Places to Watch for Autonomous Vehicle Developments offering information about the most innovative approaches to fostering self driving car technologies in American cities, counties and states.  Love the interactive map!

Introduced to start the conversation in Tennessee SB 1561 is a comprehensive attempt to address significant issues and bring enabling definitions into code.

Innovation in Las Vegas offer a creative example for Metro Nashville leaders, or really anyone in a local leadership position who is paying attention to the topic.

The best example of leadership at the executive level features the Governor of Arizona’s Executive order 2015-09 directing strategies to address the promise and real opportunities of this fast emerging technology.

It’s not a question of when.  It’s a question of why not now.   Your car benefits from Moore’s Law while at the same time offering a significantly larger format for innovation.  To house the computing power for intelligent driving the auto industry (compared to computer industry) has no pressure to simultaneously make the product into something you can hold in your hand.

Today’s cars are computers on wheels.  Imagine right now, David Letterman is about to say “…the number one reason why…” your car should just grow up and learn to drive itself is… because working from your garage, you could buy a car today that can be turned into an autonomous vehicle tomorrow. 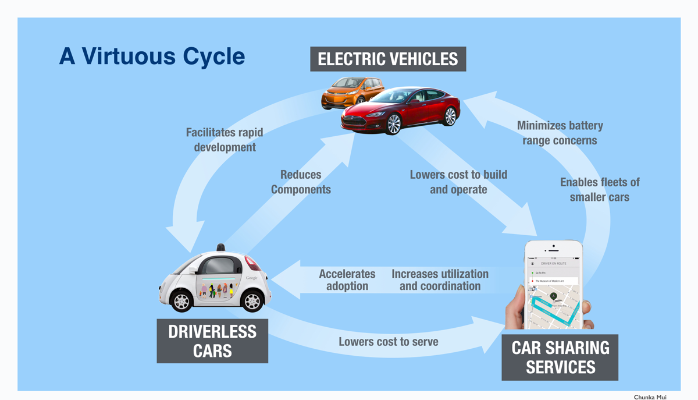 It’s official.  A networked computer will soon replace YOU in the driver’s seat, and you’ll fall absolutely in love with being a full time, care free passenger!

Five days ago, the National Highway Traffic Safety Administration told Google, a unit of Alphabet Inc. (love how that can read “AI” with no imagination) that it agrees with the principal that the definition of a “driver” should be expanded to include a computer.  The letter dated Feb 4 appears grossly underreported and just showed up on the agency’s website this week.

Vehicle safety regulators in a 31 page document essentially says that an artificial intelligence system piloting a self-driving Google car could be considered “the driver” under federal law.
This is a major step toward winning federal and state approvals for autonomous vehicles operating on our roads.  It will also redefine every conversation about what “mass transit” means and what our infrastructure priorities should be.

Redefining the driver is a strategy openly discussed by State Senator Mark Greenwhen developing the language for SB 1561 and while preparing potential revisions with participants in the Tennessee Autonomous Vehicle Legislative Task Force.  The first formal meeting is tomorrow afternoon at the Tennessee State Capitol, provided we’re not shut down by snow.  Obviously, Mother Nature is the ultimate arbiter of roadway access, no matter who the driver might be.

“NHTSA will interpret ‘driver’ in the context of Google’s described motor vehicle design as referring to the (self-driving system), and not to any of the vehicle occupants,” NHTSA’s letter said.

“We agree with Google [that] its (self-driving car) will not have a ‘driver’ in the traditional sense that vehicles have had drivers during the last more than one hundred years.”
​
For more information read this article.