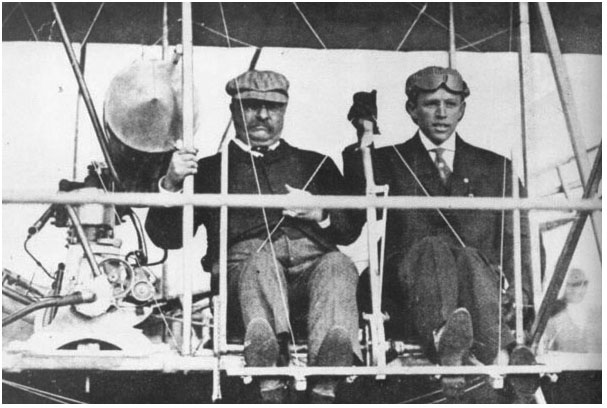 I’m related to a pioneer pilot (and considered in his time to be one of the most daring of professionals) Archibald “Arch” Hoxsey. At one time, Arch set the world’s altitude record when he rose to over 11,000 feet. He had the American record for sustained flight across country, making the non-stop 190 mile flight from Springfield Illinois to Clayton, Missouri on October 6th 1910, and there he took ex-President Roosevelt for a flight in St. Louis. The event is recorded in a silent movie you can watch below.
Imagine the technology 100 years ago when you watch this barnstorming video. I wonder if Roosevelt blew chunks? 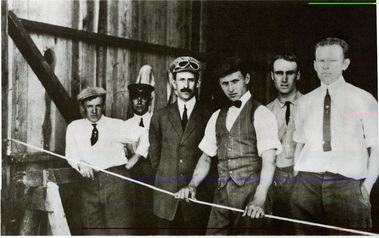 Arch was a celebrity in airshows and traveled extensively with the Wright brothers. Four of the early aviators (John Moisant, Ralph Johnstone, Charles Hamilton and Arch Hoxsey) were among the celebrities pictured on “tobacco cards” that were distributed with packs of cigarettes in 1910 and 1911. These cards were called “Champion Athletes and Prizefighters” and they competed with baseball cards of the day. Archie Hoxsey flew most often with Ralph Johnston; together they were known as “The Stardust Twins” — filling newspapers with race reports, contests and adventure.

In the words of my Aunt Marj, “Arch was my grandmother’s (your great granny’s) 2d cousin several times removed. He was one of the Wright brothers’ first 5 students. If you Google him on the internet you will find many articles and photos about Archie, including several with president Theodore Roosevelt. Incidentally, Teddy R. was the first president to fly in an airplane, and his pilot was Archie.” This photo says it all…

You might say Arch was the first pilot of Air Force One. Archibald Hoxsey died on December 31, 1910 “..when returning to earth in a series of perilous glides.”

4 thoughts on “Who is Archibald “Arch” Hoxsey”